From the genius and magical mind of Tim Burton (Edward Scissorhands 1990, Corpse Bride 2005) comes the movie adaptation that has everyone desperately talking about it, Miss Peregrine’s Home for Peculiar Children. A much talked about new film, on September 30, 2016, Burton, along with English Writer Jane Goldman (X-Men: First Class 2011, X-Men: Days of Future Past 2014), delivered the Fantasy/Thriller story about children with special abilities. With a budget of an estimated $110 million and an opening box-office of almost $29 million, it is no surprise Miss Peregrine’s Home for Peculiar Children is making waves all across the world. 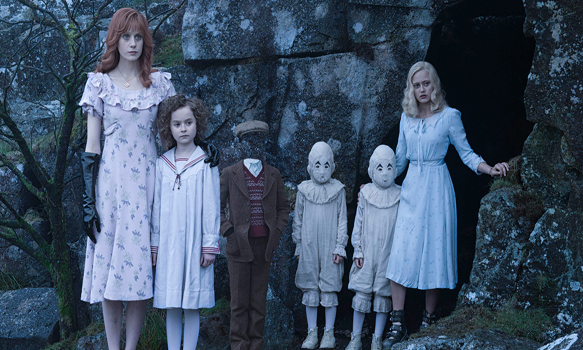 After Jake finds his grandfather Abe severely wounded, Abe begins to mumble several words into a sentence that makes no sense to Jake. Later, Jake finds the box full of pictures of children doing things out of the ordinary, and this peaks Jake’s interest. He asks his father to help him begin his journey to find closure, and after Jake’s doctor, Dr. Golan, suggests it to Jake’s parents, they agree. Jake and his father embark on separate adventures, Jake to find out more about these children and Franklin, his dad, to research birds for yet another over-the-top idea for a book.

Once at the island, population less than 100, Jake soon discovers a secret passageway to a world where peculiars, or rather children with inhuman abilities, live under Miss Peregrine’s home. Miss Peregrine’s peculiarity is to turn into a bird and manipulate time; it is how they have all been able to live on the same day for years. Other peculiarities children display are pyrokinesis, invisibility, super-strength, air manipulation, and the ability to bring back the dead among others; Jake’s peculiarity is yet to be discovered. 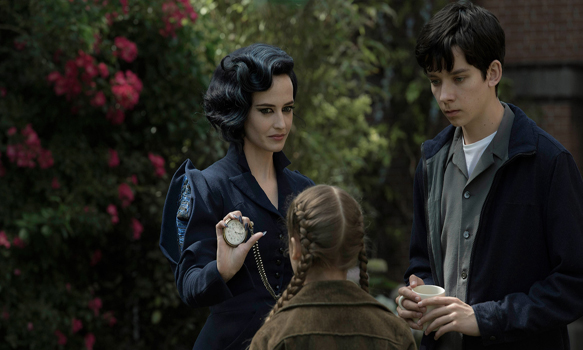 Things are going great for the peculiars until Miss Avocet, a bird from another loop, flies in only to announce that Barron, an evil-doer, is close and wants to continue with his plans to eradicate anyone that stands in his way in order to conceive immortality. Miss Peregrine is taken by Barron after Jake makes a mistake, and the children are left off to defend themselves from other evil creatures, which only Jake can see. Will the peculiars be able to save themselves and Miss Peregrine in time or will Barron finally finish what he started a long time ago?

There is a saying that the movie adaptation is just the tip of the book’s iceberg, and this film adds to that saying dramatically. The first half of the movie played out fairly similar to Ransom Riggs’s original novel, but it diverted considerately towards the end. Nonetheless, this review is about the movie and Tim Burton only helped in bringing the book more to life with his way of interpreting the book. 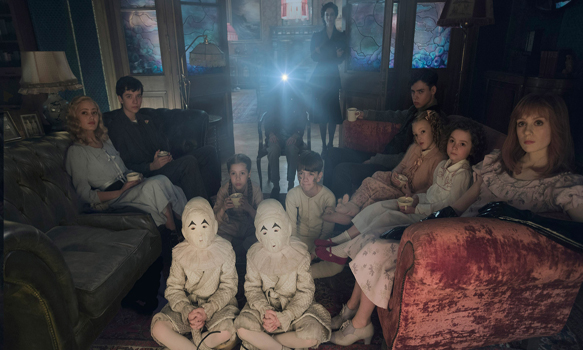 Miss Peregrine’s Home for Peculiar Children takes the audience back to the Harry Potter days where, with just a little imagination, the audience is transported into another wonderful world. The cinematography has an amazing effect on the film, which only takes it to another level the whole family can and will more than likely enjoy with or without the changes from book to film. For these reason CrypticRock gives Miss Peregrine’s Home for Peculiar Children 4.5 out of 5 stars. 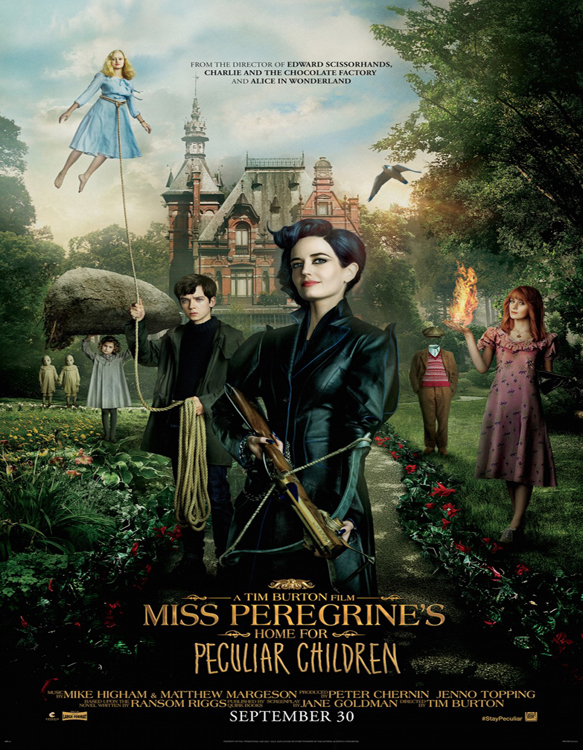