Weezer sold out performance at The Paramount Huntington, NY 11-24-13 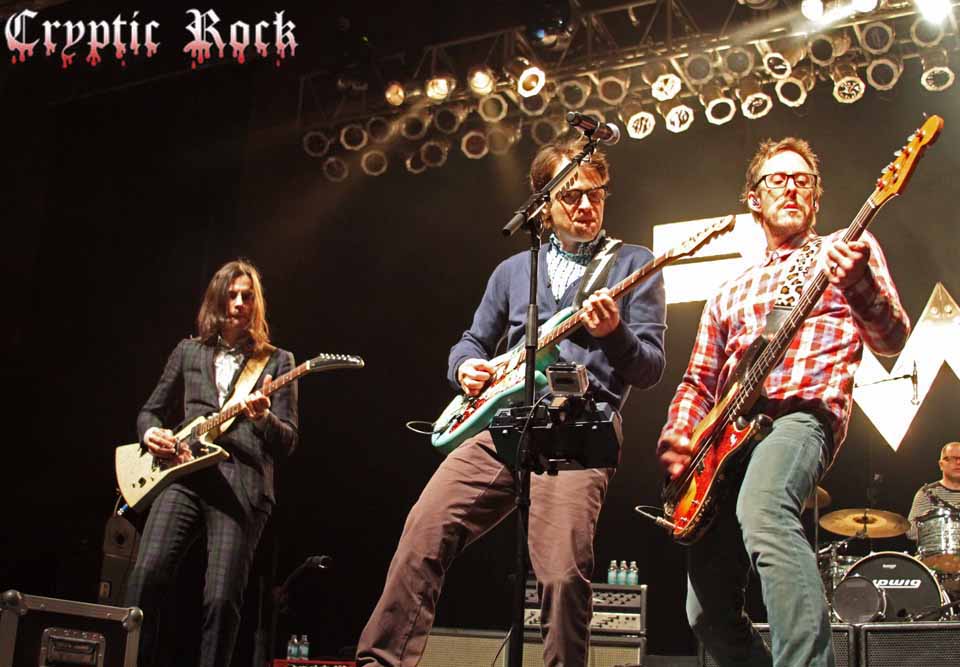 In the 1990’s rock n roll had spun off in a series of different directions. The most pronounced association with the decade was grunge rock. Bands like Alice In Chains, Pearl Jam, and Nirvana dominated the decade, but when Weezer broke onto the rock scene in 1992 an entire new scene was born. Their 1994 debut Weezer is a classic record from the era with 3 million records sold. With their power pop sound laced with powerful electric guitars, Weezer has been a force over the past 20 years. On Sunday November 24th the southern California based band broke out their winter coats for a cold windy evening on Long Island, NY to play a sold out show at The Paramount in Huntington.

Warming up the audience was Brooklyn, NY based band Elliot & The Ghost. Having formed in 2010 these New York rockers showed no fear taking the stage at The Paramount. The 3 piece band fronted by William Thompson grabbed the attention of fans as they played an interesting mix of folk, alternative, and southern rock. They were energetic and showed good stage presence. By the time Elliot & The Ghost was complete with their set the room was full and they received a warm ovation from the audience. There is no doubt this is a big step for the New York natives ready to take the next step in their musical careers. 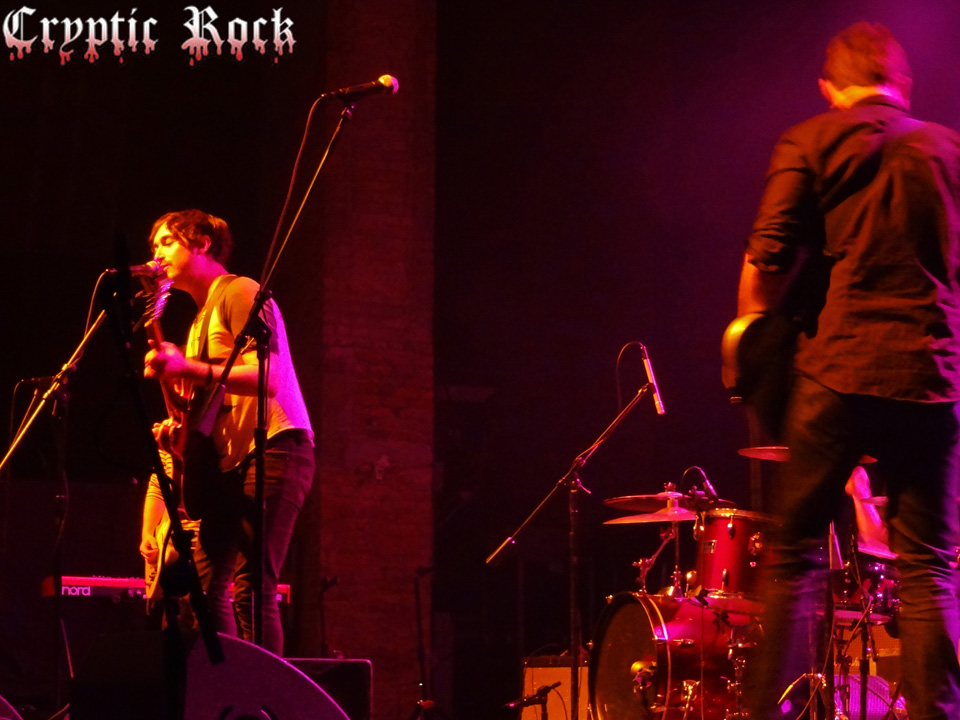 With fans wall to wall there was little room to walk around inside The Paramount. Weezer fans of all ages gathered to see their beloved band rock out. Having sustained a few line-up changes over the years the core of River Cuomo, Brian Bell, and Patrick Wilson has remained 2 decades now. Adding to the anticipation there was a current in front of the stage. The stage was set with the classic Weezer “W” logo in bright lights behind Wilson’s drums, smiles were all around and you had the feeling this was going to be a great evening. As soon the curtain opened and Wilson walked behind his drum kit, followed by the rest of Weezer, the crowd erupted. They opened the set with “My Name Is Jonas” which had fans bouncing from side to side with their hands in the air. Keeping fans on a high they went right into “Hashpipe”, “El Scorcho”, “Troublemaker”, and “Photograph”. To many fans the Weezer (2001), aka the green album, is timeless and always a treat to hear tracks from it. Cuomo played with ease being the rock veteran he is with Bell (guitar) and Scott Shriner (bass) on each side of him.

“Perfect Situation” inspired even more fans to sing along, and looking around the room you could see it. Next Shriner took lead on vocals singing “Dope Nose” off his debut album as part of Weezer, Maladriot (2002). Shriner sang the song with energy which provided a nice dynamic in the set. Bringing it all the way back to the beginning Weezer broke out “Surf Wax America”. It’s difficult to believe the track is nearly 20 years old now but still has the same magic it did all those years ago. It was at this point Cuomo engaged the audience with acoustic guitar in hand. Cuomo strummed the guitar and sang a little improvised song about Long Island. Cuomo went on to sing he once had a girlfriend on Long Island when living in Connecticut. Fact or fiction this definitely entertained the Long Islander filled room. The little improvisation segwayed perfectly into “Island in the Sun”; the vibe was fun, cool, and relaxing. This followed by “Good Life” and the always fun “Beverly Hills”. It was a blast watching Bell break out the talk box guitar solo toward the end of “Beverly Hills”.

At this midway point through the set Bell had sang “Keep Fishin'”, a deep track with a catchy chorus line that fans always enjoy. Just when you thought things couldn’t get any more exciting the opening guitar strum of “Say It Ain’t So” began. Fans jumped up and down singing along with each and every word. This track has been one of Weezer’s biggest hits and still rocks in 2013.

Things began to wind down with other fan favorites “(If You’re Wondering If I Want You To) I Want You To” and “Pork and Beans”. It was at this point the classic “Buddy Holly” began. The noise level was at a peak here and Weezer fed off the energy. The buzz was still flowing with abundant cheers. For many this was not the first or the last time they’d be seeing Weezer, and they were hungry for more. On that note Weezer opened up their encore with newer track “Memories”. The encore closed out with the song that started it all “Undone – The Sweater Song”. From the front to back and up to the VIP section, the song ignited perfect pandemonium.

This was an evening of pure rock n roll excitement. It had been over 2 years since Weezer played Long Island at Nikon Jones Beach Theater on 7-29-11 before announcing this show at The Paramount. It was the first time Weezer graced the stage of The Paramount and to see the band play in an intimate venue such as this was a special event. Each and every fan stayed until the very last song with smiles and laughter throughout. Hopefully Long Island will see Weezer back here again sooner rather than later.