Get Out (Movie Review)

For being his directorial debut, Actor and Comedian Jordan Peele (Key and Peele series, Keanu 2016) made wonders when it comes to the new Thriller/Horror film Get Out. 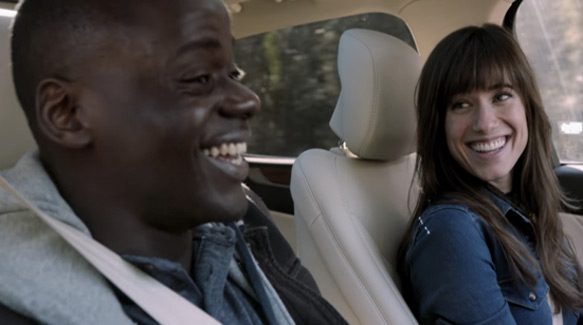 Pulling double duty as a writer and director, Peele brings a current subject of racial inequality to the silver screen. Not surprisingly, the ensemble of great actors including Daniel Kaluuya (Johnny English Reborn 2011, Sicario 2015) as Chris, Allison Williams (College Musical 2014, Peter Pan Live! 2014) as Rose, Catherine Keener (The 40-Year-Old Virgin 2005, Captain Phillips 2013) as Missy, Bradley Whitford (Scent of a Woman 1992, The Cabin in the Woods 2012) as Dean, Caleb Landry Jones (X-Men: First Class 2011, Antiviral 2012) as Jeremy, Marcus Henderson (Django Unchained 2012, Pete’s Dragon 2016) as Walter, and Betty Gabriel (Experimenter 2015, The Purger: Election Year 2016) as Georgina make a big splash and contributed to the film in ways others can only hope for. Already being dubbed the first big theatrically released Horror film of 2017, Universal Pictures’ Get Out opened in 2,773 theaters on the weekend of February 24th.

What was supposed to be a stress-free weekend for African-American Chris – his race is important to mention – and his white girlfriend Rose, turned out to be a getaway of hell. Rose and Chris are very excited to visit Rose’s parents Dean and Missy in an exclusive out-of-town residence, but Chris was not as excited seeing how he was black and Rose’s family is white. Regardless, he agrees to go and they soon embark on a journey Chris did not see coming.

Upon arrival, Dean and Missy seem to be the coolest, most hippest parents anyone could ever ask for, but as time moves forward, so is Rose’s parents’ real intentions. Chris started feeling a little out of place after learning that the Armitage Residence has only black people as employees, even more so when those black people including Georgina and Walter are creepy and eerie, sounding too good to be true. 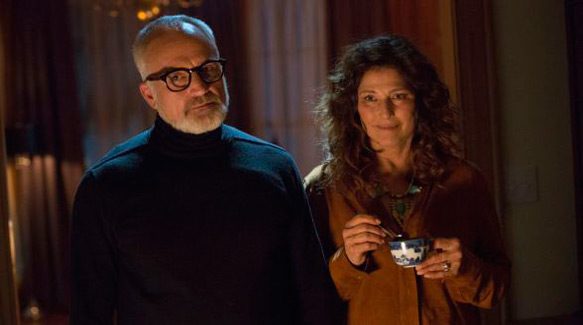 As more and more clues surface, Chris knows in his heart that this family is far from normal, especially after being almost attacked by Rose’s brother, Jeremy. Missy offers Chris a free consultation to help him get rid of his smoking habits, but when he sits down, Chris is somehow driven into a trance that leaves him paralyzed, unable to move or even speak. When he wakes up the next day, he feels that the hypnotic trance he was in the day before worked wonders.

Even so, The Armitage family has a party full of white people, and with all their questions, it makes Chris realize he needs to leave that place immediately. Rose agrees, but before they finish packing, Chris finds out more extenuating evidence that the Armitage family is as dangerous to black people as it gets. Trapped in a room full of psychos, Chris has to outsmart them in order to survive, but if there is something the Armitage family is known for, it is their intelligence.

When people heard that Jordan Peele, being famous for making people laugh, was writing and directing a Horror movie, they had mixed feelings about Get Out. Many were skeptical because it was not only his first film, but his first within the Horror genre. Surprising naysayers, not only does Get Out make people scream constantly with its many plots and twists, it tackled the serious subject of racism. 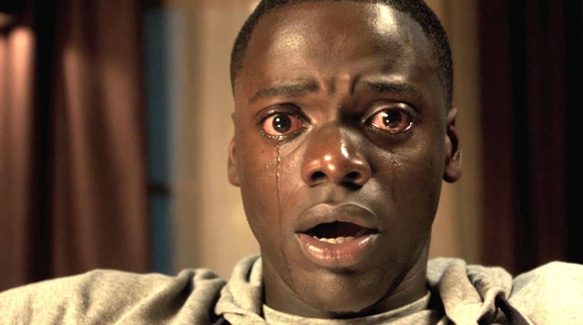 While some may be happy with the ending, others might be torn in their opinion. There were minor questions that are left for discussion, but that only adds a certain flair to the already well-produced film. A strong start showing, CrypticRock gives Get Out 4.5 out of 5 stars. 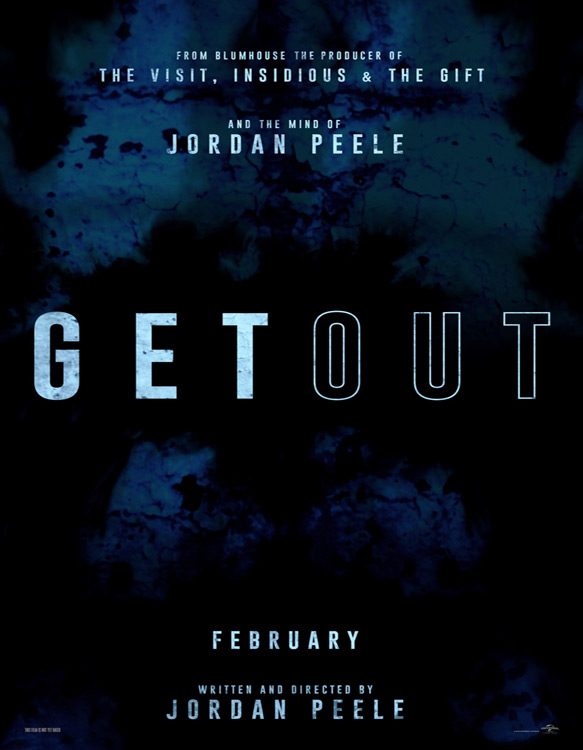 The Queen of Black Magic (Movie Review) Nobody (Movie Review)
Like the in-depth, diverse coverage of Cryptic Rock? Help us in support to keep the magazine going strong for years to come with a small donation.