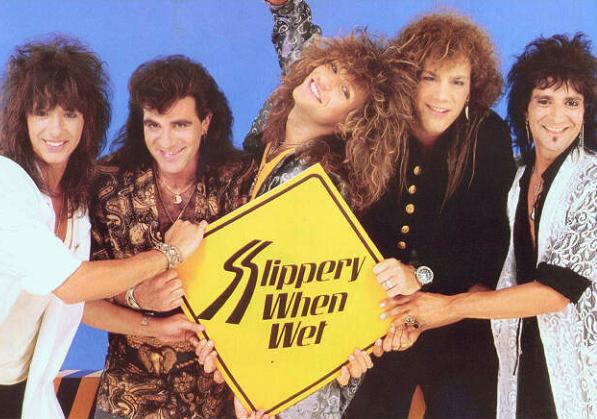 Ask someone about Tommy and Gina, they would most likely know it as a referring to the classic Bon Jovi hit “Livin’ on a Prayer.” The tune has become the band’s signature song and it is shocking to think it almost did not make the cut onto the band’s monumentally successful 1986 album, Slippery When Wet. Even thirty years later, it is impossible not to enter a bar, or go to an event and not at least sing along to the catchy hook whether one loves Bon Jovi or not. The song is woven into the fabric of how we define the 1980s, but also remains one of the most beloved from the band’s extensive catalog. “Livin’ on a Prayer” might be Bon Jovi’s most recognizable hit, but the band turned a new corner when Slippery When Wet hit shelves on August 18th of 1986, thus changing the game for Rock music in the ’80s.

With two previous albums under their belt, Bon Jovi did not catapult into stardom until they broke through with Slippery When Wet. They changed their approach to their third studio album by veering away from a heavier and more aggressive sound to an increasingly mainstream sound, infusing Pop elements into their music with the aid of a virtually unknown songwriter at the time, Desmond Child. The group worked together writing songs in Guitarist Richie Sambora’s mother’s basement, and later auditioned them in front of New Jersey and New York teenagers. They used the feedback to determine the eventual track listing for the album, and the tactic was immensely successful.

Desmond Child’s contribution to Slippery When Wet is undoubtedly a big factor in its success. The songwriter co-wrote four songs on the album, two of which became number one hits. Along with the aforementioned “Livin’ on a Prayer,” Child also co-wrote “You Give Love a Bad Name,” “Without Love,” and “I’d Die For You.” The album not only propelled Bon Jovi’s career as a leading Rock band, but it also allowed Desmond Child to become a renowned songwriter, working with artists like Aerosmith, Ricky Martin, Kelly Clarkson, and Katy Perry, to name a few. But, if it was not for Richie Sambora, the album may have never had one of its most beloved anthems. Jon Bon Jovi initially was not convinced “Livin’ on a Prayer” should make it onto the album, but Sambora’s belief that it was a hit song resulted in the band re-recording it and releasing the second version.

Between 1986 and 1987, Slippery When Wet became a massive accomplishment for Bon Jovi. The album produced a string of hit singles, including three that landed in the Top 10 Billboard Hot 100. Both “You Give Love a Bad Name” and “Livin’ on a Prayer” reached number one, and the band’s third single; another anthemic track, “Wanted Dead or Alive,” peaked at number seven. Slippery When Wet also became Bon Jovi’s first number one album and remained in the top five on the Billboard 200 for 38 weeks. In 1987, Slippery When Wet became the year’s best-selling album and eventually went Diamond, but beyond that, it has become a treasured part of the band’s contribution to Rock music.

Slippery When Wet allowed Bon Jovi to reach the masses through the song’s infectious and anthemic hooks along with working-class narratives, which was seemingly influenced by another New Jersey artist, Bruce Springsteen. The stories they told were relatable and provided listeners something to connect with. Choruses like, “Whoa, we’re halfway there/Whoa, livin’ on a prayer/Take my hand we’ll make it, I swear” are impossible not to sing along to. The collective chant aspect and essence of arena Rock of tracks like “Let it Rock” and “Raise Your Hands” are ever-present, but they also maintain their Hard Rock edge. The band’s inclusion of a Folk-Country acoustic guitar element in “Wanted Dead or Alive” further rounded out their sound, and it is something the band would explore much further in albums down the line. Slippery When Wet also includes a power ballad in “Never Say Goodbye,” which seemed to be a standard requirement for hair Metal bands of the ’80s. The song reflects on young love and its lyrics provide a feeling of nostalgia, furthering their ability to give audiences something to connect with.

Bon Jovi not only gained massive popularity with Slippery When Wet, they changed the landscape of what defined hair Metal bands in the ’80s. A market often inundated with an overflow of spandex and high falsettos, Bon Jovi broke out of the niche of hair Metal and by rounding out their sound with Pop and Folk influences, were able to reach a wider audience. The ability to make their music relatable and accessible to the public and also on the radio has allowed them to continue to make waves in the music industry, even to this day. 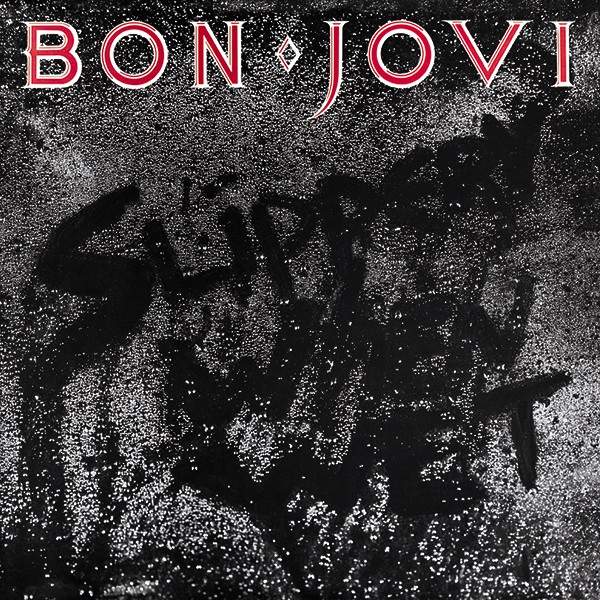 Toad the Wet Sprocket – Starting Now (Album Review)
Like the in-depth, diverse coverage of Cryptic Rock? Help us in support to keep the magazine going strong for years to come with a small donation.